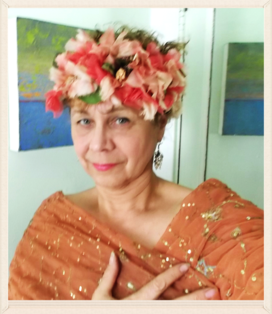 “Remaking of L.A.” forum sponsored by the L.A. Weekly

paintings taken from my classes for adult and juvenile offenders.

Ruppersberg and 20 other artists at the Attack Gallery in

conjunction with the 50th anniversary of the Commemoration
of Hiroshima Festival.

Siegal and Dianne Lawrence at the Zero One Gallery in L.A.

weeklong and month long workshops focusing on the development

focusing on the development of creativity.

I played a walking, talking, living,  breathing idea on legs.

Rosenthal,  myself and others.
2000                  “All Stars of Performance Art”.  An evening of performance art hosted by
The Dark Bob and presented at the Knitting Factory in Hollywood.

Film Reviewer
Over 40 reviews for Filmmonthly.com